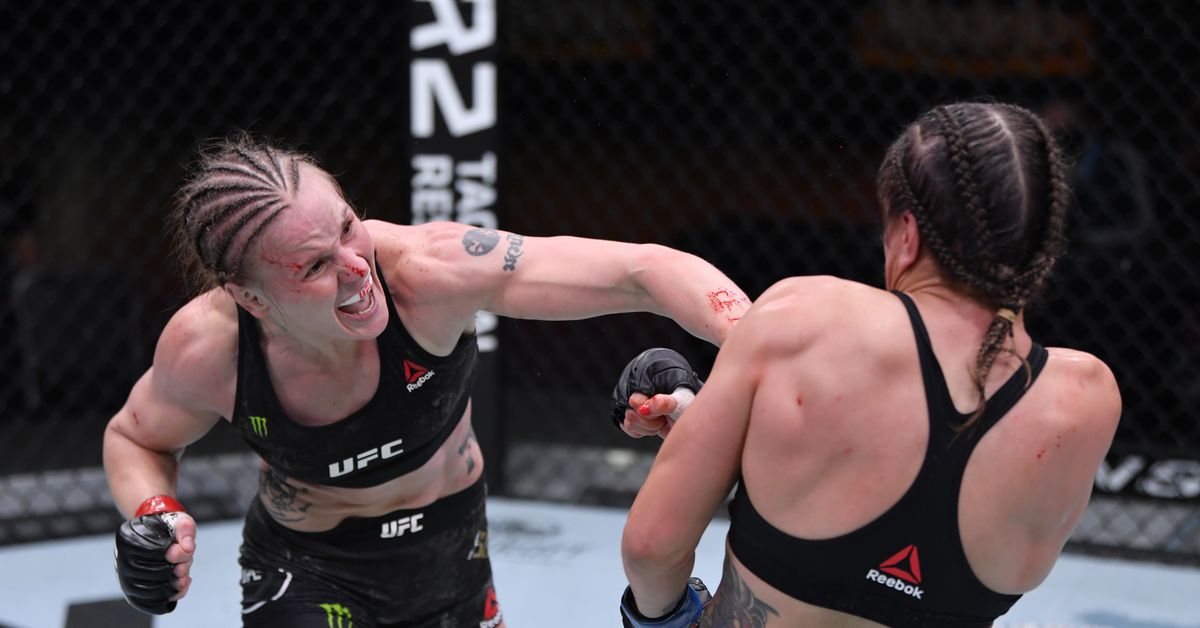 One online oddsmaker still favors UFC flyweight champion Valentina Shevchenko in her next title defense, but not by the margins of previous bouts.

Opening lines for Shevchenko’s fight with Jessica Andrade, which takes place April 24 at UFC 261, currently have the dominant flyweight as a -335 favorite. The former strawweight champion is the +275 underdog.

A $100 bet on Shevchenko would return $29.85 in profit, while the same bet for Andrade would return $275. Shevchenko initially opened as a -350 favorite, which indicates money already wagered on the challenger.

One of the most dominant forces in the sport, Shevchenko has defended her title four times, most recently outpointing Jennifer Maia. Although Maia was able to control her in the second round and win that frame, Shevchenko quickly took over and won by a wide margin.

Prior to the fight, Shevchenko was a massive favorite to win, coming in as high as -2000 in betting lines.

Andrade’s history and reputation may explain her relatively good odds compared to other opponents. Known as one of the more aggressive fighters in women’s MMA, she owns knockout wins over several opponents, including strawweights Karolina Kowalkiewicz and ex-champ Rose Namajunas. Initially fighting in the bantamweight division, she moved down to 115 pounds before moving up to flyweight this past October. In her promotional debut at 125 pounds, she stopped Katlyn Chookagian with a vicious body shot.

In a previous interview with MMA Fighting, Andrade was optimistic about her chances against Shevchenko.

“I think I can put up a fight against Valentina,” Andrade said via a Portuguese translator at the evening’s post-fight press conference. “It’s something that should have happened already in other organizations so I think I’m gonna make a difference in this and put on shows in this division.”