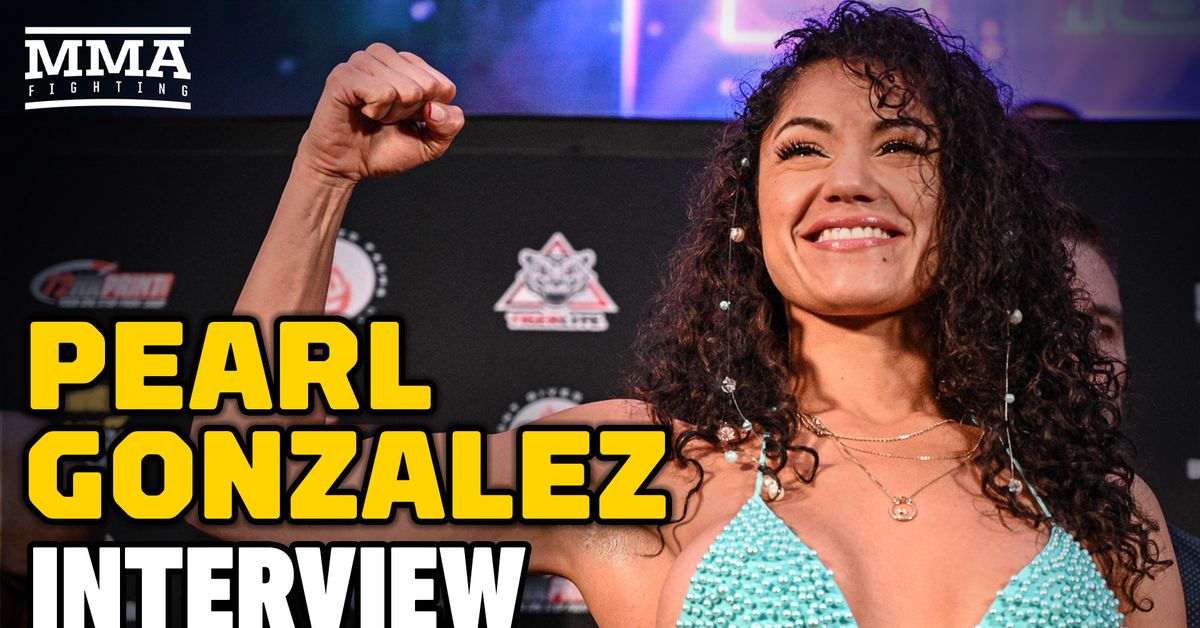 Pearl Gonzalez knows that winning matters most in combat sports, but she also understands that being a professional fighter is more than just going out and throwing down with an opponent.

That’s part of the reason why she’s always embraced the entertainment side of her career in MMA and for her move to bare-knuckle fighting after inking a deal with BKFC.

As she was prepared for her first appearance with the promotion, Gonzalez was meticulous with her training and preparation for the fight. But she was also putting plenty of effort toward everything from her weigh-in outfit to her elaborate ring entrance to the shoes she wore that night.

“I’m a trendsetter,” Gonzalez told MMA Fighting following her debut win at BKFC 18. “No other female in bare-knuckle has put on a performance from the weigh-in until the end of the fight like I have. That’s who I am. That’s just who I am. My aunt handmade my weigh-in outfit. She’s always kind of handmade and found people to help make my weigh-in outfits. Really, it’s her creativity. I’ll give her an idea of what I like or I’ll give her colors and she runs with it.

“I had on some custom shoes from the shoe surgeon. They were $3,500 shoes that I fought in. It was just such a great experience. The shoe surgeon is like a leader in sneakers and kicks. From the kicks to the skirt, which was a leather skirt and my top was see through mesh, it was all a little bit of me. I love that part. I’m a performer. I’m not just an athlete. I love to shine.”

Of course once she was in the ring, Gonzalez was only focused on her fight and she ended up putting on one of the most dominant performances at BKFC 18 with a lopsided win over Charisa Sigala.

Gonzalez credits a big part of her victory to the recent change in training after she began working with boxing champion Amanda Serrano and her camp out of Brooklyn, N.Y.

While she’s been best known for her grappling in MMA, Gonzalez was excited to learn more about the sweet science plus she’s no stranger to fighting beyond the cage or the ring so throwing punches with bare knuckles wasn’t totally new to her.

“I’m from Chicago, I’m from the hood and growing up, I loved to fight,” Gonzalez said. “My dad put me in mixed martial arts at 11 years old and one, it was very helpful cause it helped me with the tough upbringing that I had and it was an outlet. But the other thing it did, it taught me to fight. When I was upset, that’s how I solved my problems. I didn’t let anybody pick on me. I didn’t let anybody pick on my friends or other people or their teachers. I was always fighting. I’ve been fighting my whole life. I’ve been fighting in the streets even during my mixed martial arts career.

“I had that to go off of so I know what it feels like to hit [with a bare knuckle] but it was still very, very crazy moment to be in there. I only landed like one solid shot that I feel like, and that was in the first round when I kind of sat her down a little bit. The rest of the shots, it’s like one knuckle here lands on a bone and then you throw this and one knuckle lands there. You really felt that. It was definitely a learning curve for me. It might not have shown but it was and it was intense.”

Now with a win under her belt, Gonzalez is anxious to get back to work. She was already back in the gym two days removed from her debut fight.

While she’s not going to call out anybody by name, the 34-year-old veteran knows there are plenty of options available to her, especially with BKFC growing the women’s division so much in recent months.

Two of those high profile additions — Paige VanZant and Rachael Ostovich — are set to square off in the main event at BKFC 19 on Friday. Gonzalez will definitely be watching with the knowledge that the winner could potentially end up as her next opponent.

“I’d like to fight them all honestly,” Gonzalez said. “That’s what I’m here for. Whatever fight makes sense. The girls, Paige and Rachael, they have big names and those are great fights for me. [Britain Hart] is great, too, she did a great job against Paige. I’m here for any of those girls. I’m ready for them. I’m ready to compete.

“Like I said in my post fight [interview], I’m getting better everyday. That’s my goal. That’s my sole focus. I’m 100-percent locked into boxing and testing myself and improving my skills everyday. I train with the best in the world. I’m going to go out there and go against any of these girls here.”

Gonzalez admits that she definitely wants to compete in MMA again in the future. But for now, she’s putting her full focus on bare-knuckle fighting with a possible crossover into boxing.

“My heart has always been with grappling and I love mixed martial arts, it really is where my passion is. Right now, I’ve taken this time to focusing on boxing and my hands and my striking skills. That’s what I want to focus on for the time being.”