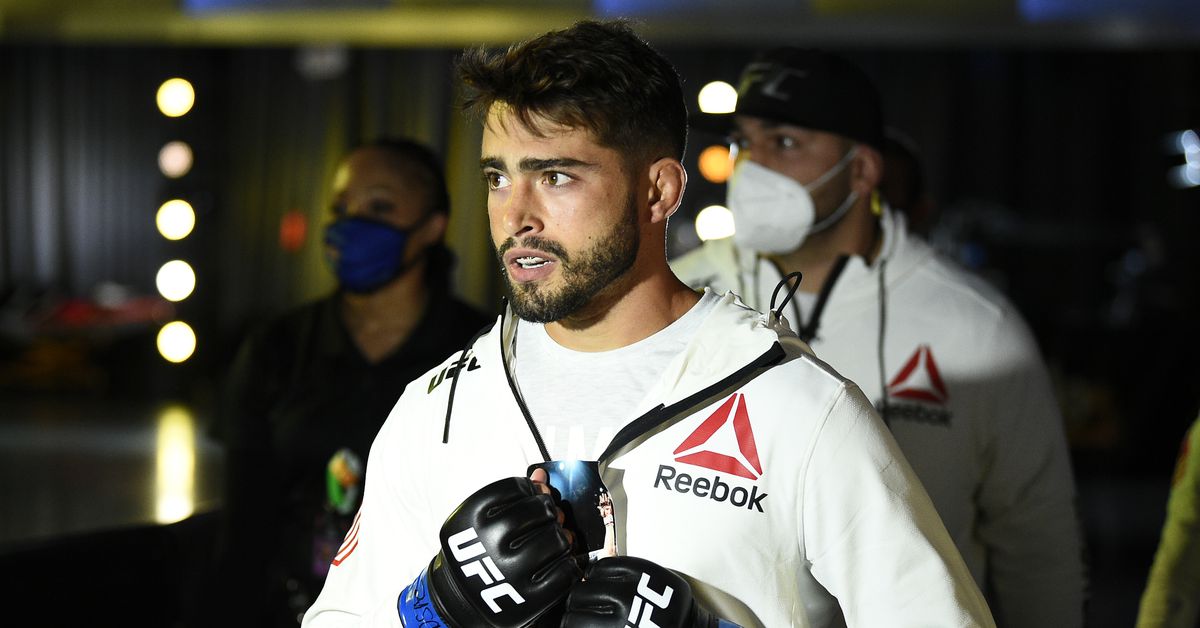 One of the most friendly rivalries in the UFC will have its next chapter written this summer.

Multiple people with knowledge of the promotion’s plans confirmed to MMA Fighting that a matchup between Randy Costa and Adrian Yanez will take place at the UFC’s event on July 14 at a location and venue yet to be announced. MMA Junkie was first to report the booking.

Additionally, a source confirmed to MMA Fighting that if a spot opens up on the UFC 262 card on May 15, the bantamweight matchup could get bumped up and take place in Yanez’s home city of Houston.

The potential matchup had gained steam throughout social media and got an even bigger bump after Costa appeared on MMA Fighting’s What the Heck to discuss the fact that their rivalry was being built on nothing but positivity.

“It started to get some steam, and other journalists started talking about it and it became this thing,” Costa explained. “It was actually really cool because it was the first time I had seen people get behind a fight that was provoked with nothing but positivity. It was really f*cking cool. People were like, ‘Wow, this would be such a good fight,’ but there was no animosity, we weren’t talking sh*t about each other. If anything, we were giving compliments to each other so it was really cool to see and sort of change the angle of what MMA fighters can do.

“I know I have never seen a fight [idea] grow with nothing but positivity. There’s been no negativity, no sh*t talking, it was really cool. Even if the fight doesn’t happen, I’m glad he got to boost his stock a little bit, I got to get my name out there a little bit and it was just out of complete positivity. I mean, his fans aren’t even talking sh*t about me and my people aren’t talking sh*t about him. It’s just one big f*cking party. It’s really cool.”

Both Costa and Yanez are coming off of back-to-back stoppage wins. After dropping his short notice debut to Brandon Davis at UFC 236, “The Zohan” finished Boston Salmon in just over two minutes at UFC Boston in October 2019. He went on to pick up a highlight-reel KO of Journey Newson in just 41 seconds in his lone 2020 appearance at UFC Vegas 11 in September.

Yanez has made the most of his UFC opportunities in his own right. After a 39-second KO win on Dana White’s Contender Series in August that earned him a contract, the 27-year-old finished Victor Rodriguez and Gustavo Lopez, while opening up a lot of eyes in the process.