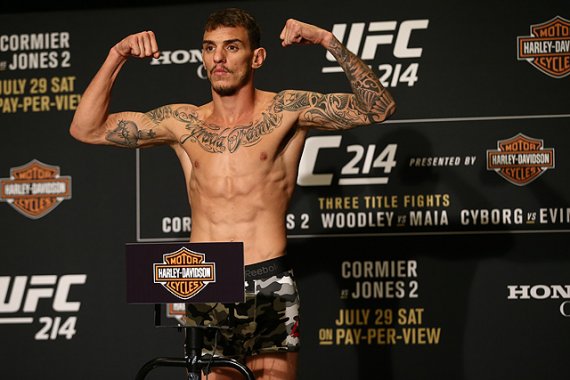 A lightweight bout between Renato
Carneiro and Rafael
Fiziev that was originally scheduled for UFC on ESPN 18 on Nov.
28 has been moved to UFC
256.

The change cames as a result of “Moicano” testing positive for
COVID-19. The news was first reported by Punchline
MMA in an interview with Carneiro. UFC 256 takes place on Dec.
12 at the UFC Apex in Las Vegas and features a bantamweight
championship tilt between Petr Yan and
Aljamain
Sterling.

After a successful stint at featherweight, “Moicano” made his
155-pound debut at UFC Fight Night 170, where he submitted Damir
Hadzovic in just 44 seconds on March 14. He was scheduled to
face Magomed
Mustafaev on Oct. 17 but withdrew from that contest.

After dropping his Octagon debut, Fiziev has scored back-to-back
decision triumphs against Alex White at
UFC Fight Night 162 and against Marc
Diakiese at UFC Fight Night 172. The 27-year-old Kyrgyzstan
native is 8-1 as a professional, with six triumphs coming inside
the distance.