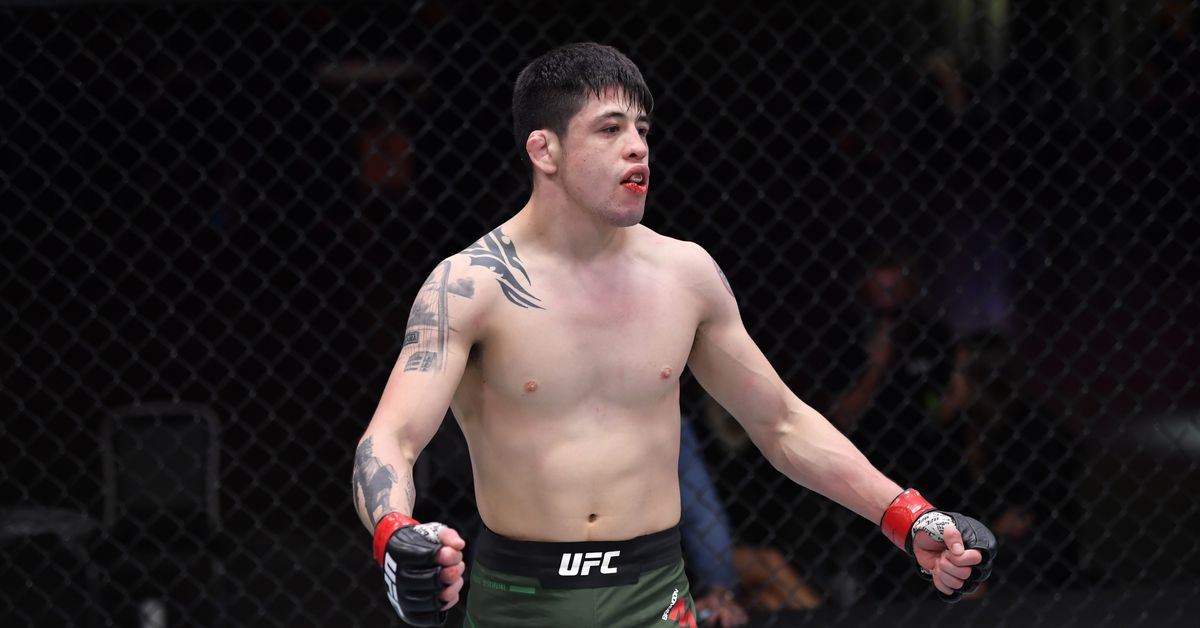 Brandon Moreno is ready for his title shot.

Already ranked No. 1 in the world at 125 pounds, “The Assassin Baby” was understandably upset that he was passed over for an opportunity to compete for flyweight gold at UFC 255, but he made the most of his time to shine in the featured prelim against Brandon Royval. After securing a takedown in the opening round, Moreno was attacking with submissions and eventually a brutal ground and pound attack that earned him the finish while Royval was left nursing an injured shoulder once the fight was stopped.

“I’m ready for the title now,” Moreno said following his third straight win in the UFC. “To be honest, I was very sad when the UFC took Cody Garbrandt for the opportunity for the title. You know what? I don’t care. I don’t need a title. I need to be the best in the division.

“If I want a title, I can buy one in the UFC store. I need to beat the best in the division. I’m so ready for that.”

Given the stakes heading into the fight, the flyweights were throwing everything at each other as soon as the action got started. Royval connected with the first really stiff punch when snapping Moreno’s head back during an exchange that forced the former Ultimate Fighter contender to shoot for a takedown.

Once the fight hit the ground, Moreno was quick to take the back while searching for a neck crank and a rear naked choke as Royval was forced to play defense. The scrambles were never ending with Moreno constantly threatening with submissions but Royval refused to go away.

As the non-stop onslaught continued, Moreno grabbed onto a wrist when Royval was attempting to slip away. A split second later, a grimace crossed Royval’s face that showed something was wrong with him as he tried to defend from the punches now being launched at his head.

Moreno continued to fire away and with Royval unable to defend himself, the referee was forced to stop the contest with just one second remaining.

It was clear afterwards that Royval suffered a separated shoulder, which his head coach Marc Montoya popped back into socket while the fighters were still in the octagon.

As for Moreno, he has now defined himself as the clear cut No. 1 contender to fight for the flyweight title next as he awaits the opportunity to battle the winner of the UFC 255 main event between Deiveson Figueiredo and Alex Perez.