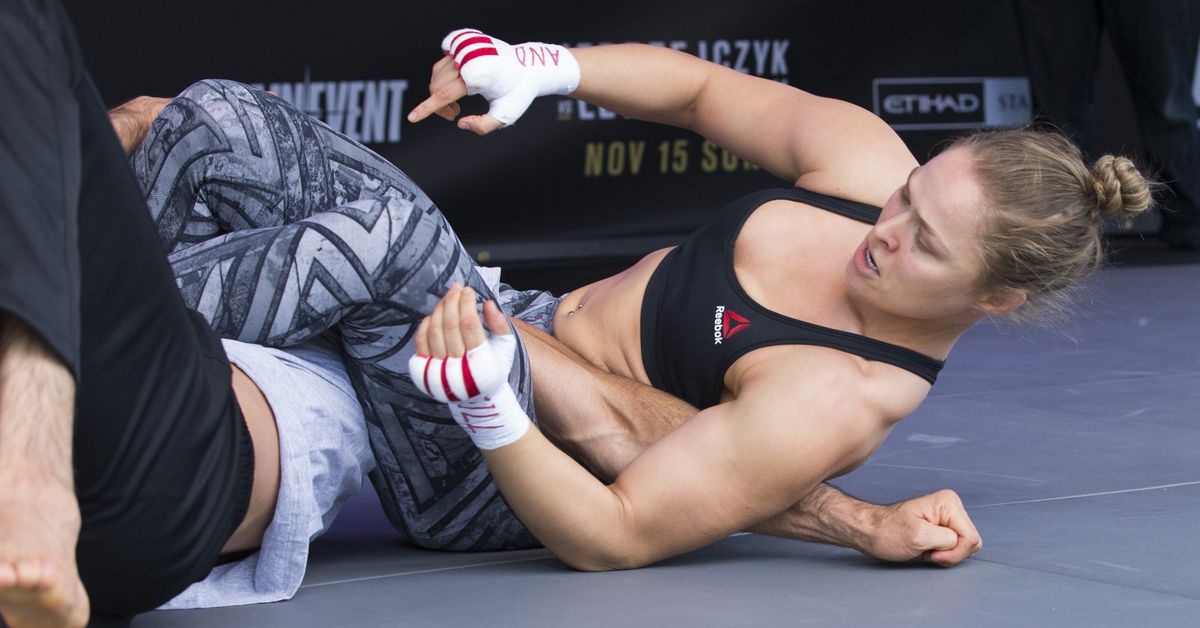 WWE star Shayna Baszler has known Ronda Rousey for a long time, so if anyone can speak to the former UFC champion’s skills, it’s her.

Aside from their close friendship, Rousey also served as Baszler’s coach on season 18 of The Ultimate Fighter and while the future WWE superstar did not succeed in winning that program’s bantamweight tournament, she did prove to be a foil for Rousey in training.

However, according to Baszler, her ability to stifle Rousey on the mat only lasted so long.

Responding to an online fan question alongside friend, TUF teammate, and fellow WWE performer Jessamyn Duke, Baszler offered an anecdote as an answer to the question of who would emerge victorious in a submission match between Rousey and herself.

“We were on The Ultimate Fighter for seven weeks,” Baszler said. “We trained every single day, twice a day, and that was the only thing we had to look forward to. There was nothing in the house, no entertainment, no books, no music, no magazines, no computers, no TVs, it was horrible. And training every day, twice a day.

“We were on the last training session, like the show’s wrapping up, we know it, we were all antsy. It was like The Shining, everybody’s going crazy just being locked up, and we’re rolling. Ronda and I are grappling. It’s like the last training session, the show’s gonna be over, we get to go home, we’re grappling, we’re grappling, and I look at the clock. Rounds are, like, five minutes… I look at the clock and there’s two minutes left. I was like, ‘Well, well, Ronda Rousey, looks like I made it through the entire season without getting armbarred by you.’”

Considering Rousey’s well-known prowess with the armbar, a technique that she used to win multiple championship bouts in short order during her reign atop the UFC and Strikeforce, Baszler’s boast carries some weight. During Baszler’s own 14-year fighting career, she only tapped out on two occasions.

However, Baszler learned quickly that lording this fact over Rousey’s head was a bad idea.

“In the next two minutes, I got armbarred probably seven times. Seven or eight times.”

Duke corroborated the story, but jokingly added, “We had been training for seven weeks. We were worn down by that time, okay? To be fair.”

“All I’m saying is it really would depend on what’s on the line,” Baszler said of a hypothetical submission match with Rousey. “And the rule set and a lot of factors. But Ronda will tell you I was one of her best and favorite grappling partners.”

Seeing the clip, Rousey responded in amusement on Twitter.