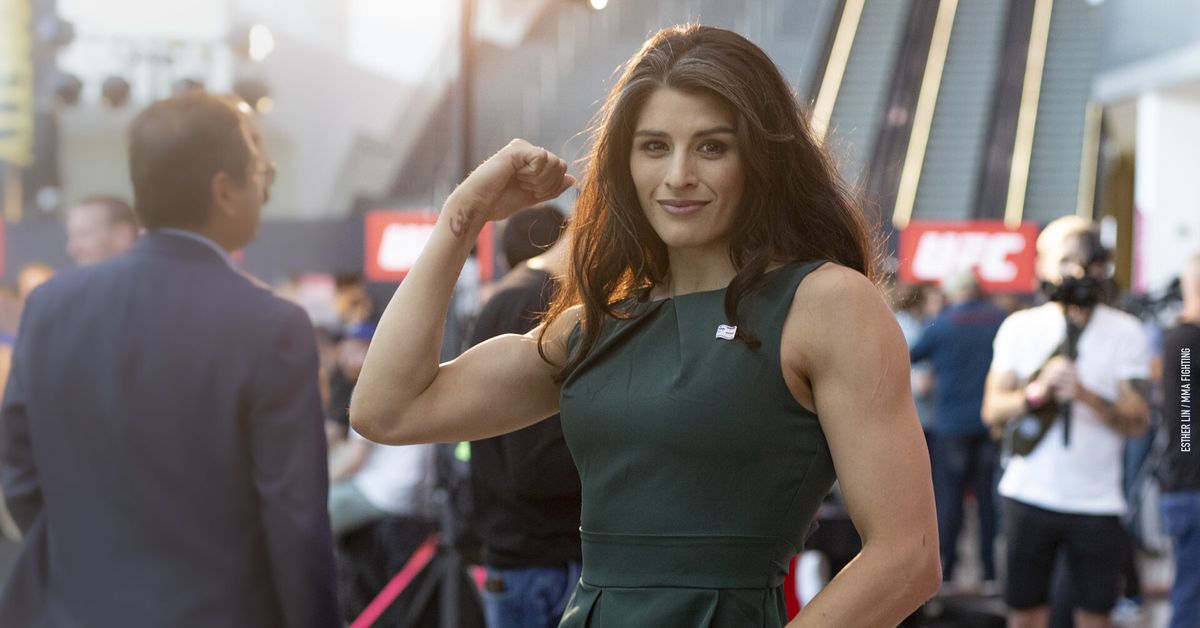 Julia Avila has made the most of an uncertain time in the world.

After her scheduled fight with Karol Rosa was thrice postponed, with two dates scuttled by the COVID-19 pandemic, Avila saw a much-needed gap that needed to be filled in the battle against the coronavirus.

“So over the last month (and a half) or so, I have been making face masks,” Avila said while appearing on What the Heck. “I have a sewing machine – I got it years ago – and as much as I love to destroy in the ring, I really love to create. I’m a very artsy person and I like to make things.

“One day, I saw on Facebook that a hospital had requested face masks and asked for seamstresses. I looked at the mask and said, ‘I can do that. I have the material. I have the stuff.’ I went ahead and made a couple and it was pretty fast, and I hit up grandma, asked if she had these materials and told her, ‘Alright, let’s make face masks.’”

The Oklahoma native has made well over 1,000 masks to this point that have made their way all over the United States, and even as far north as Canada. While some companies have used this pandemic to make a couple of extra bucks, Avila hasn’t made a dime off of her philanthropic venture.

“I saw on an app that people were charging for them,” Avila explained. “I said, ‘No, no, no, no.’ I will never charge for your safety, because your safety is my safety, right? I hit up the people who were charging and said, ‘Hey, I’ll give you some for free. Just drive by my house and pick them up off of the porch.’

“So I just started handing them out and posted on my Instagram that if anyone needs any masks, I did fundraise for my Portland fight and I had the money. Every penny has gone towards making masks. For shipping, I hit up several military bases, made hundreds for them all across the U.S., coast to coast, border to border. So I work full-time, train full-time and whenever I get five minutes here or there, I make face masks.”

Not only is Avila a rising bantamweight in the UFC, but she’s also a full-time geologist. Like most of the country, Oklahoma was under a strict set of restrictions in the hopes of stopping the spread of the virus.

While the state has begun the process of opening up over the last couple of weeks, Avila has not only been able to make and ship a wide array of masks, but she’s been able to inspire some of her fans to join in the fight.

“A couple of my fans reached out and said they Amazon’d a sewing machine, taught themselves, and now they’re making face masks. If I can spark just a little change in a couple of people to try something new, or to help out, I’ve done my job.”

For the less sewing-inclined, several other “Raging Panda” fans provided assistance by donating supplies to Avila so she could continue to pump out masks. In a time where things seemed bleak, the support from her followers meant the world to her.

“I have so many loyal and good fans,” she stated. “They’re not just following me because they think I’m a pretty face, or because I’m a good fighter – hopefully they think I am – but they follow me because they like me as a person. That speaks to the quality of them more than it does about me, and they’ve been really coming through, supporting, and helping out.

“It’s just been an overwhelmingly positive thing for people to see that there is hope.”

Following a second-round TKO win over Alexa Connors at Invicta FC 32 in November 2018, Avila got her opportunity with the UFC and picked up a one-sided unanimous decision over Pannie Kianzad at UFC 239.

Fans have been waiting to see Avila’a sophomore appearance inside the octagon and it looks like they will get it as the UFC is close to finalizing a fourth booking with Rosa for June 13.

“I know a lot of other people are very hungry to get back in the cage,” Avila said. “I’ve been blessed to have my primary career, so it’s not a need for me to get back in that cage, it’s just a want.

“I’m not getting any younger and I want to make my claim in the bantamweight division. I can’t do that being at home.”