Lewis “Skipper” Mullins, one of the great, early tournament champions of American karate, passed away yesterday. Known as an innovator of flashy kicking techniques, Mullins was widely regarded as the premier lightweight tournament fighter of the 1960s.

Mullins began his martial arts training in 1963 under American taekwondo pioneer Allen Steen. Within a year he was scoring victories at major martial arts events like Ed Parker’s International Karate Championships. He joined the U.S. Marine Corps in 1965 but continued to train and compete developing a famed rivalry with Chuck Norris.

Though a taekwondo stylist, most taekwondo of that era in the United States was closer to Japanese karate than what we now think of as the modern, high kicking Korean approach to martial arts. However, Mullins was among the first Korean martial arts practitioners to introduce unique kicking methods to the American tournament scene.

Mullins combined the quickness of a lightweight with a lanky, long limbed physique that enabled him to develop an array of then little known kicks. His contemporary, the late American karate expert Jim Harrison, credited Mullins with introducing him to the hook kick and the spinning hook kick, two kicks which were virtually unknown in the martial arts world of the mid-1960s. 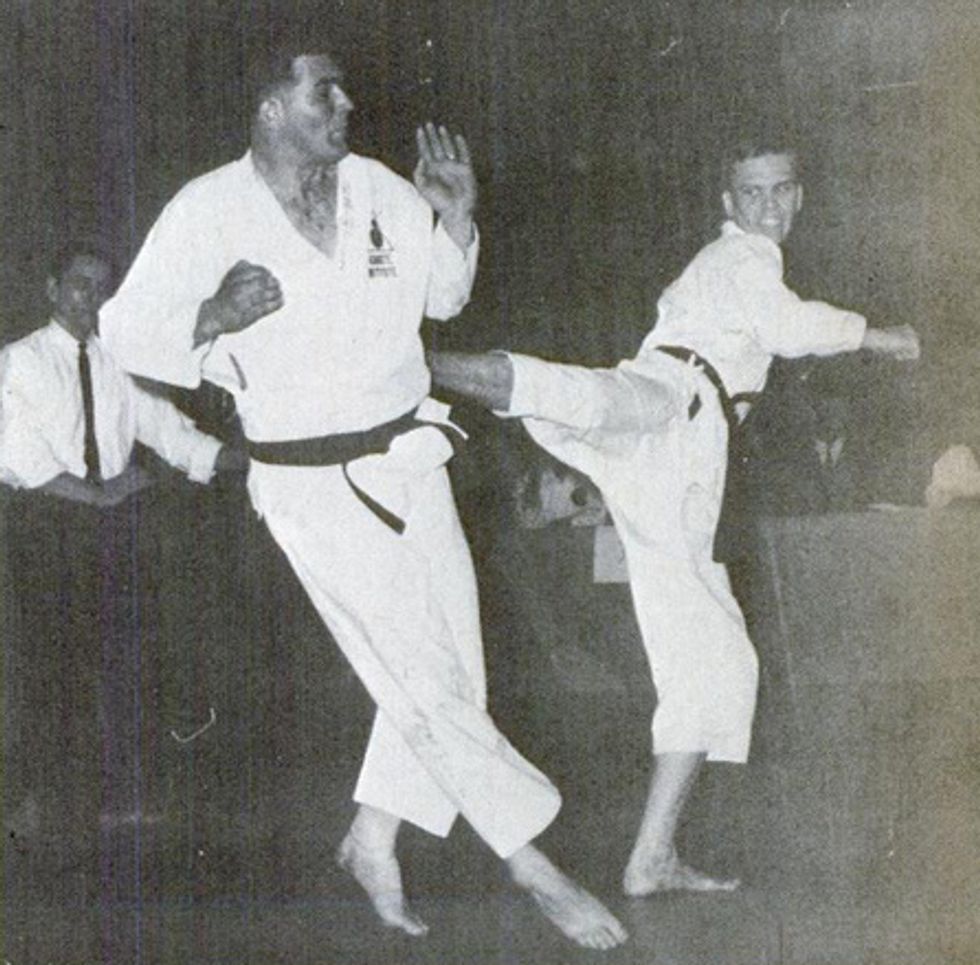 Perhaps his primary contribution to martial arts was the development of “chain kicks” the ability to throw multiple kicks with the same leg without placing that foot on the ground, something that would become standard among karate fighters in later years.

As Mullins told Martial Arts World Report in an interview last year, “That was something I came up with entirely on my own. I was so limber I could kick and then bring it back and kick again. I just spent a lot of time working on it in the school. I could do it and I was winning with it in tournaments.”

Besides his contributions to the martial arts, Mullins worked for years in the Dallas Fire Department holding the rank of captain.