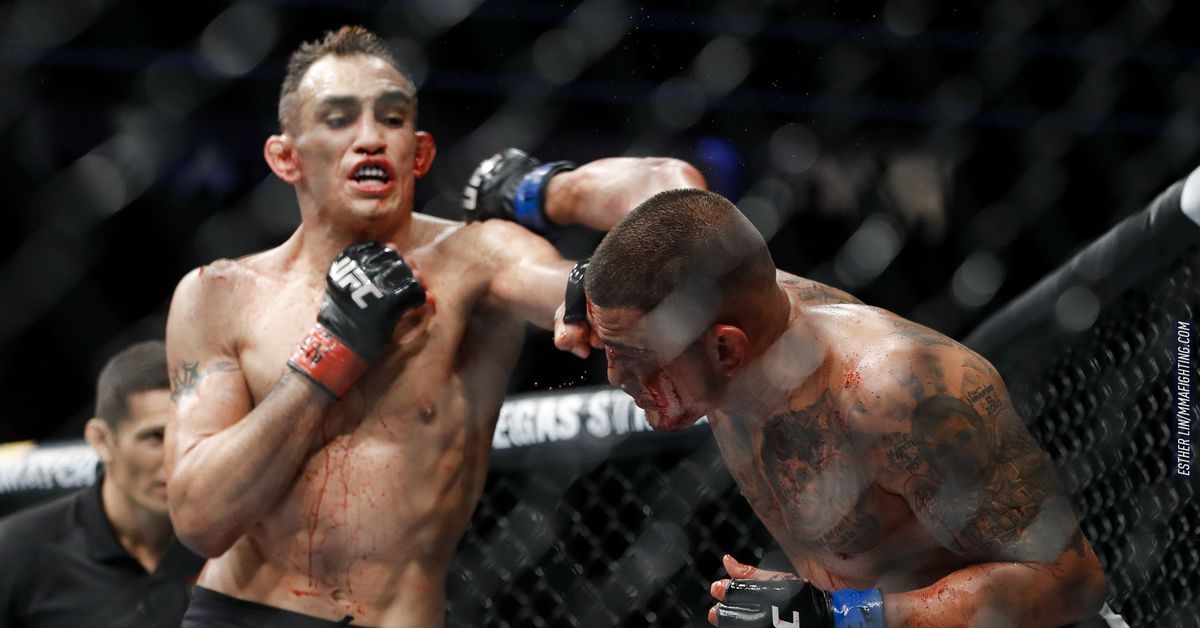 A lightweight matchup with fireworks written all over it is currently in the works for UFC 256 with former interim champion Tony Ferguson expected to face Charles Oliveira on the card taking place on Dec. 12 in Las Vegas.

Multiple sources close to the situation confirmed the news to MMA Fighting following an initial report from ESPN.

After falling to Justin Gaethje in April, Ferguson has been pushing for a return to action but a proposed fight against Dustin Poirier fell apart prior to a potential showdown at UFC 254 in October. Ferguson then asked for a fight against recent signee Michael Chandler but the former Bellator champion had no interest in competing as early as December.

Obviously, Ferguson was intent on booking another fight before the close of 2020 so now he’ll look to return to the win column while facing one of the hottest lightweights in the sport right now.

A winner of seven consecutive fights, Oliveira has been tearing through the 155-pound division including victories over Kevin Lee, Jim Miller and Nik Lentz. Perhaps even more impressive is that Oliveira has finished all seven opponents during his win streak with five submissions and a pair of knockouts along the way.

Now he’ll take a decided step up in competition while facing off with Ferguson in December as part of the final UFC pay-per-view of the year.

While no formal announcement has been made, a bantamweight title fight between current champ Petr Yan and Aljamain Sterling is expected to headline the card and booking Ferguson vs. Oliviera would seem to serve as the perfect co-main event.