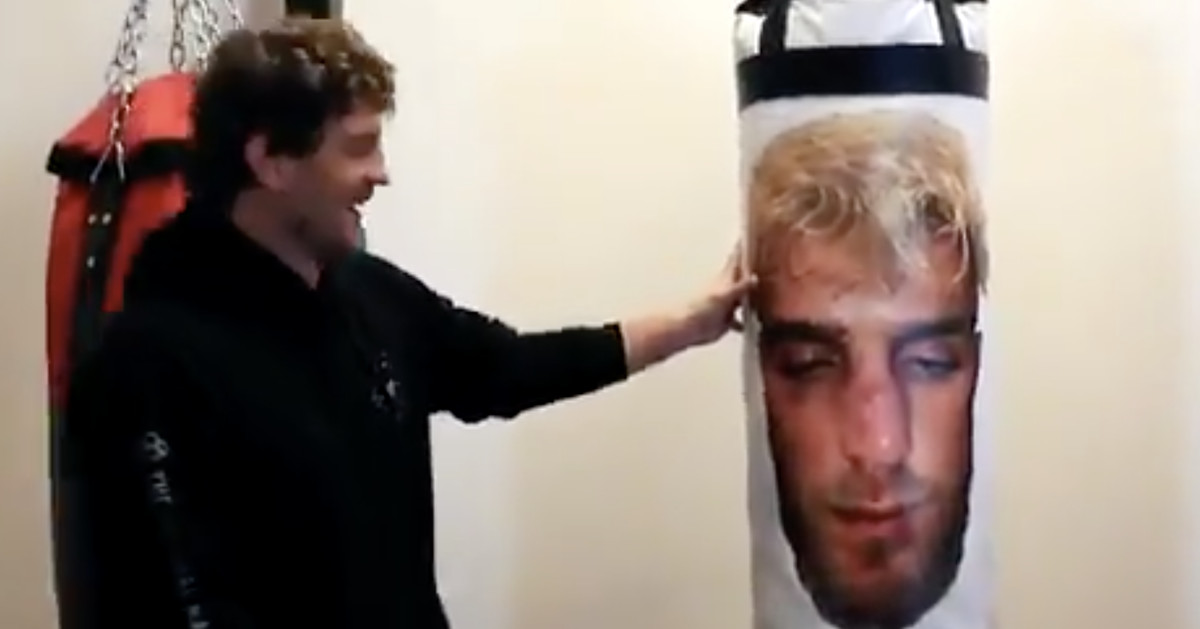 Ben Askren is looking forward to punching Jake Paul in the face and now he’s got a heavy-bag to help him with target practice.

Ahead of their April 17 boxing match, the retired UFC welterweight received a custom-made punching bag featuring the YouTube celebrity that Askren can use in practice.

After signing onto face Paul in the boxing match, Askren revealed that he reached out to a friend to get everything he would need to prepare for the upcoming fight. That’s when the custom punching bag was delivered with Paul’s mug plastered on the front of it.

“This is glorious,” Askren said when reacting to the punching bag. “I’m going to hang this up in the academy and the kids are going to go nuts.”

The photo was apparently from one of Paul’s previous boxing matches where he suffered a small cut across the bridge of his nose. Needless to say, Askren saw that as a bullseye as he landed his first punch on Paul before they actually clash in April.

While Askren was never known for striking throughout his mixed martial arts career, the ex-Bellator and ONE champion is confident he’ll be able to get the job done against Paul and make him contemplate his future as a celebrity boxer.

“I would venture to guess once this thing starts getting serious, I think that getting serious starts on April 17, he’s going to think twice about it,” Askren told MMA Fighting.

“He’s going to think ‘wow, there’s a lot easier ways for me to make money in life. I kind of thought this was a good idea, I thought this was cool and now maybe I’m thinking twice about this.”