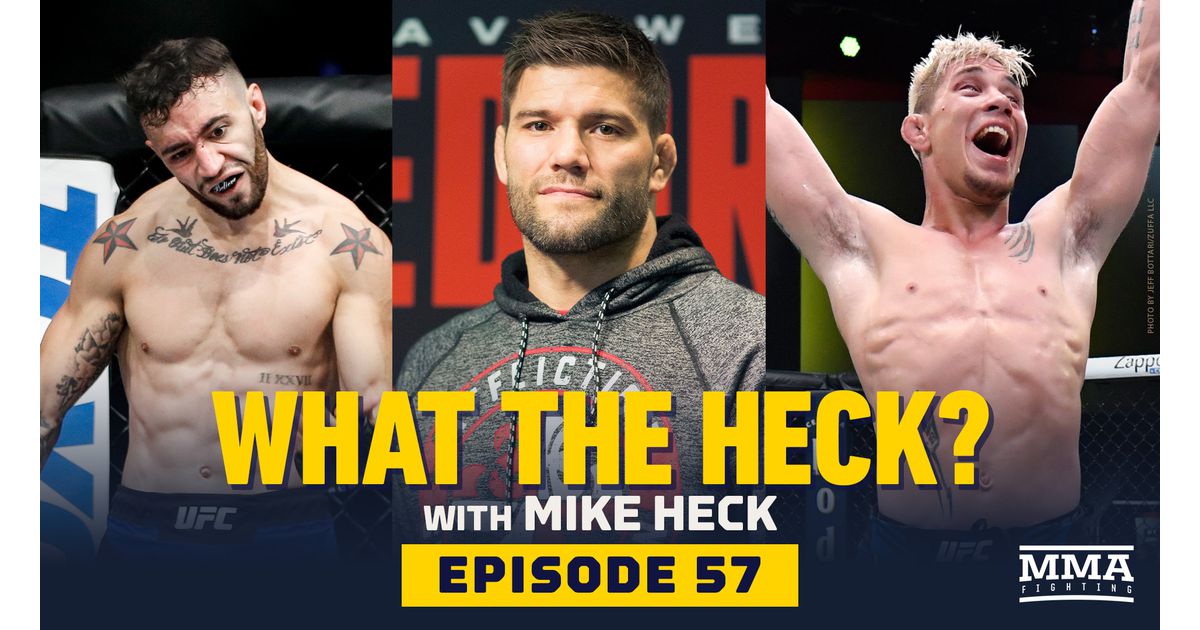 On this week’s episode of What the Heck, MMA Fighting’s Mike Heck speaks to Bellator broadcaster and former UFC, Bellator and Strikeforce competitor Josh Thomson (6:25) to preview this Friday’s Bellator 258 event, discuss the impact of the changes the event has had to undergo, the bantamweight champion main event between Juan Archuleta and Sergio Pettis, why he doesn’t have a lot of questions surrounding Anthony Johnson’s return to the cage, what Michael Page needs to do in order to move forward, and fighter unionization.

UFC featherweight T.J. Brown (47:37) recaps his split decision win over Kai Kamaka III at UFC Vegas 25, talks the reaction of fans and media, being disappointed with Kamaka’s coach Eric Nicksick after the decision was read, why he believes he won the fight, feeling he and Kamaka deserved Fight of the Night over the main event, whether or not he would run it back with Kamaka, and the impact James Krause has had on him in a short amount of time.

Finally, No. 9 ranked UFC featherweight Shane Burgos (1:04:50) previews his upcoming matchup with Edson Barboza at UFC 262 on May 15, discusses becoming a father for the second time and how much extra motivation it has given him, being happy with the way things have worked out to get this matchup, thoughts on Barboza’s move to 145 thus far, why he feels like this is his world title fight, and Giga Chikadze’s quick finish of Cub Swanson this past Saturday.

Check out the video above, or the audio-only podcast can be found below, on Apple Podcasts, Google Podcasts, Spotify, iHeartRadio, and Stitcher.