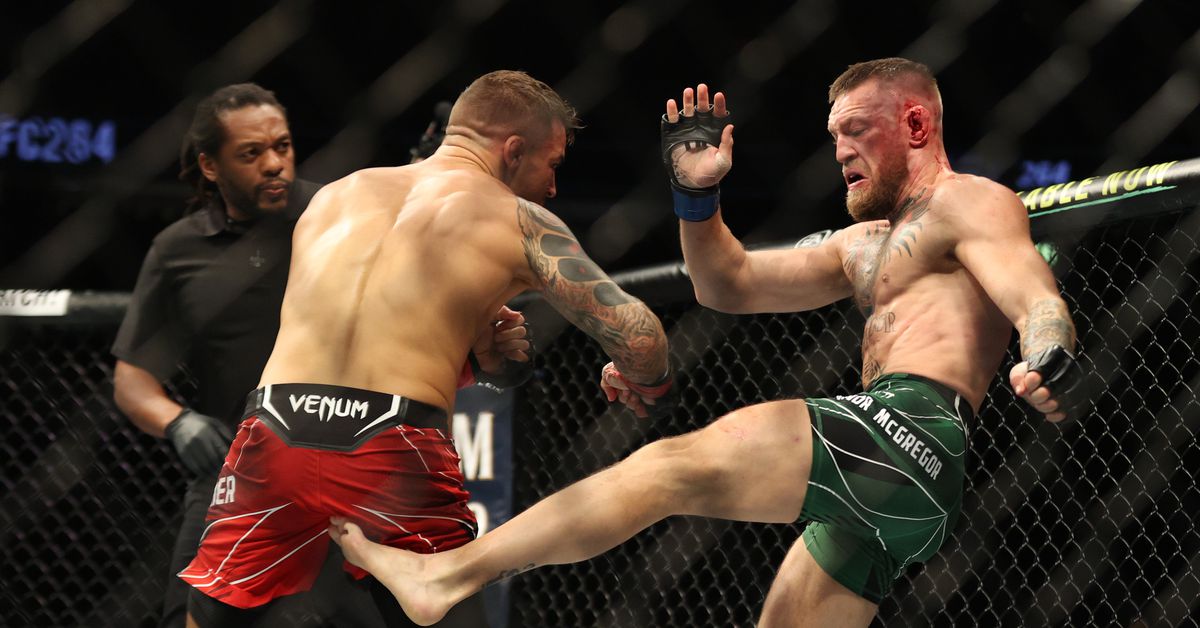 Conor McGregor likely won’t be returning to action anytime soon, but “The Notorious” is definitely getting that itch to start striking again.

During his recent visit to New York to present at the MTV Music Video Awards—which led to a confrontation with rapper Machine Gun Kelly—McGregor provided an update to journalist Adam Glyn about how he’s recovering from the broken leg he suffered in his loss to Dustin Poirier at UFC 264 in July.

As McGregor puts it, he already wants to get back into action even if he’s listening to his doctors who say otherwise.

McGregor suffered fractures to his tibia and fibula that resulted in a first-round stoppage loss to Poirier, his second loss to “The Diamond” in their trilogy. The former two-division champion hurled personal insults at Poirier and his family in the aftermath of the fight, which has led critics like Michael Bisping to speculate on McGregor’s state of mind.

He admitted that being laid up by an injury has taken a mental toll on him.

“I left my son, I was jumping and [doing] 360 flips and then the next time he sees me I’m in this seat and I can’t walk and that was kind of playing on me a little bit,” McGregor continued. “But then as the weeks have gone by and recovery, I’m getting better and stronger and my son and my children are seeing it… He can see the work I’ve put in and he can see the rewards and I know that’s going to rub off well on him. He’s going to be able to see his father put the work in and you rise back to your feet.”

With a comeback not expected to occur until sometime in 2022, McGregor is staying patient and also resolute that he will compete at a high level again.

“I was upset for a little while, it’s not been easy,” McGregor said. “There’s been a few ups and downs on this, it’s probably one of the wildest things that’s ever happened to me in my life. It’s not been fun, smooth sailing, but I got through it. I’ve had my family, my close team by my side, and we’re getting there.

“Still a long way, I don’t want to get too ahead of myself, like I said I feel like I can kick now, I’m not advised to kick yet. But I’m gonna get back. You think a broken bone is gonna stop me? Think again.”