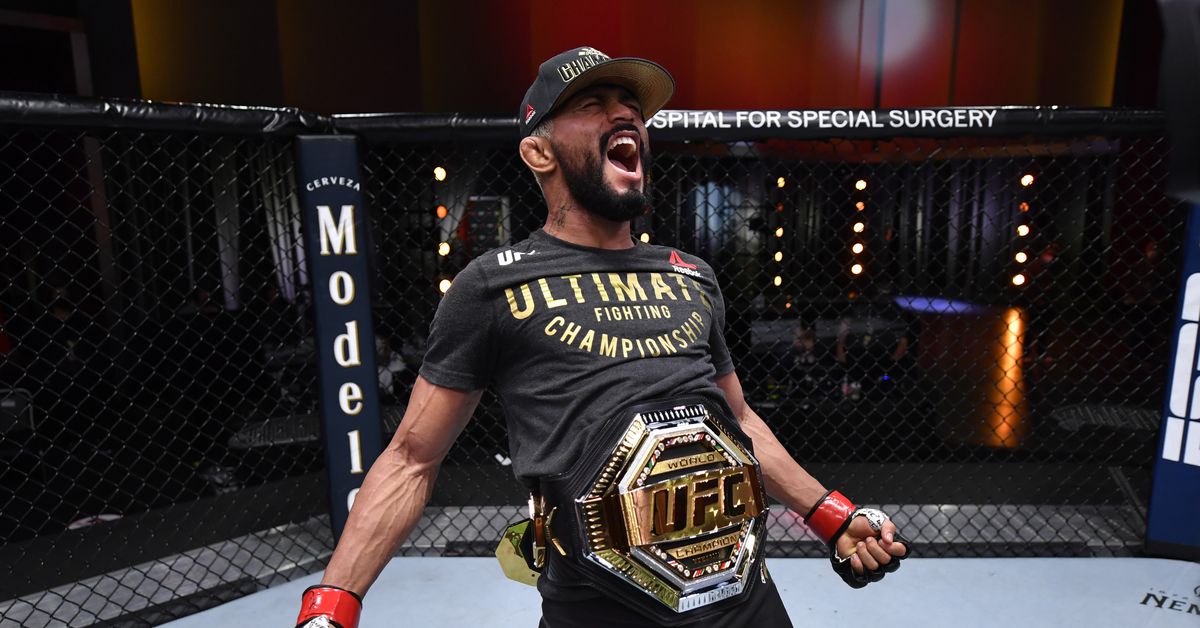 It didn’t take long for flyweight champion Deiveson Figueiredo to likely book his next title defense after agreeing to face Brandon Moreno at UFC 256 on Dec. 12.

Multiple sources close to the situation confirmed to MMA Fighting that verbal agreements are in place from both fighters to book the fight for the final UFC pay-per-view in 2020. ESPN initially reported the news.

After Figueiredo dispatched Alex Perez in the UFC 255 main event, UFC president Dana White said he hoped to keep the flyweight champion in Las Vegas for a showdown with Moreno, who was also victorious on Saturday night.

It appears the flyweights were more than happy to accept the offer.

If this bout is made official, Figueiredo would become the first champion in UFC history to defend his title in consecutive months.

As for Moreno, he notched his third win in a row on Saturday as he finished Brandon Royval with strikes in the opening round. He called for the title shot following his win and now it appears Moreno will get his wish.

Figueiredo vs. Moreno is expected to join the UFC 256 card that already features a bantamweight title fight between current champion Petr Yan and Aljamain Sterling as well as a highly anticipated lightweight battle between Tony Ferguson and Charles Oliveira.