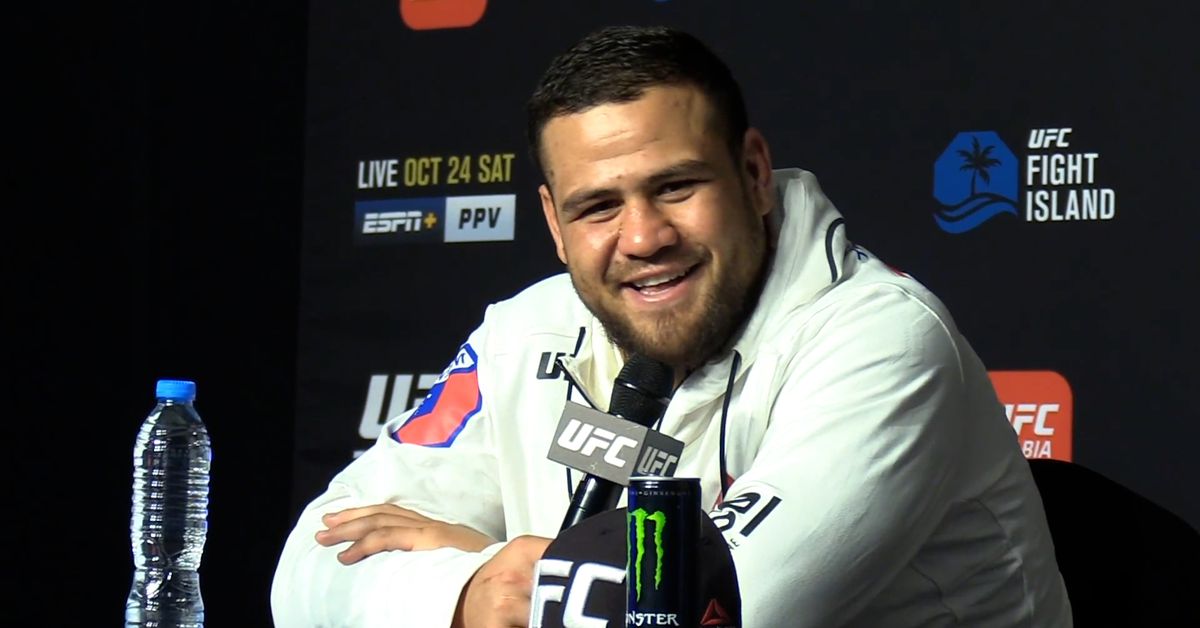 Heavyweights Greg Hardy and Tai Tuivasa are set to square off this summer at UFC 264.

A person with knowledge of the booking, who requested anonymity because the matchup has not been officially announced, confirmed the news to MMA Fighting after an initial report from Combat Sports Insider. UFC 264 is expected to take place July 10; UFC President Dana White hopes the T-Mobile Arena in Las Vegas will play host.

Hardy on Tuesday posted to Instagram a cryptic reference to a signed contract for a bout against “Australia’s favorite son.” The former NFLer most recently fought this past December, when he was stopped by Marcin Tybura in a bout that snapped a two-fight winning streak.

Tuivasa is less than three weeks removed from his most recent octagon appearance, a UFC Vegas 22 meeting with Harry Hunsucker that ended in a 49-second TKO. The 28-year-old Aussie won his previous fight, as well, stopping Stefan Struve to halt a three-fight skid.

UFC 264 is expected to be headlined by a trilogy between Conor McGregor and Dustin Poirier.