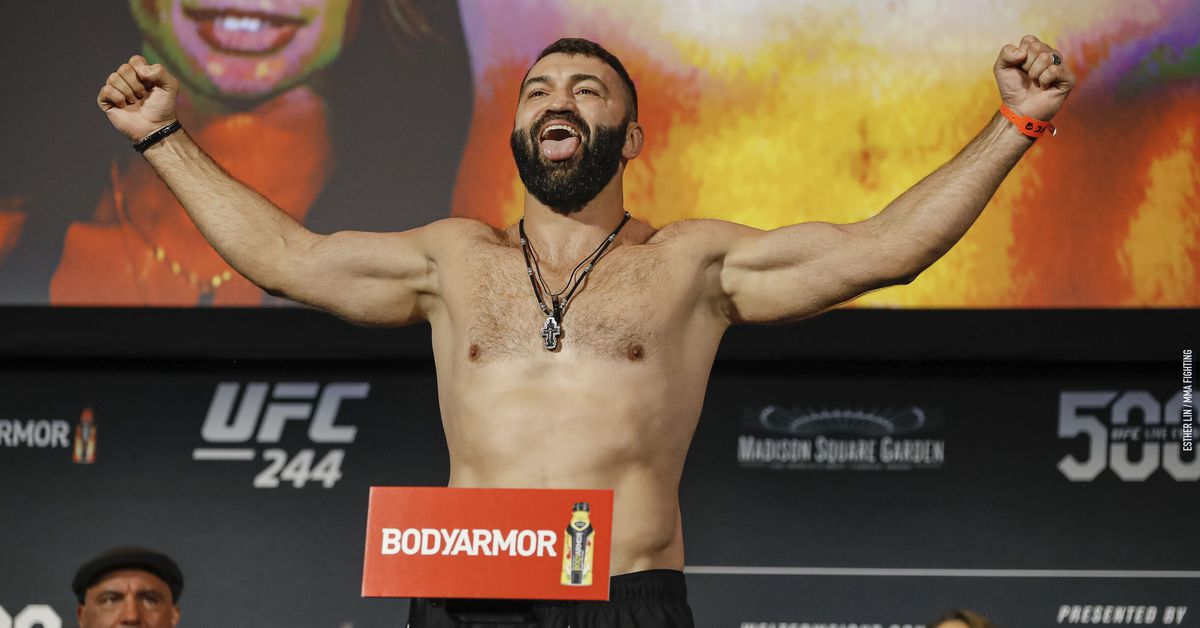 Chase Sherman may have lost his originally scheduled opponent, but got a former UFC heavyweight champion as a replacement.

Multiple people with knowledge of the promotion’s plans confirmed to MMA Fighting that Andrei Arlovski will step in on a little more than one week’s notice to face Sherman at UFC Vegas 24. The event takes place April 17 at the APEX and will stream on ESPN+. Fight Bananas was first to report the switch.

Arlovski will replace Parker Porter who was forced to withdraw from the event due to undisclosed reasons, sources confirmed to MMA Fighting.

The 42-year-old Arlovski will look to bounce back from a second-round submission loss to Tom Aspinall at UFC Vegas 19 in February. Prior to that, the former UFC titleholder had won three of four, including victories over Tanner Boser, Ben Rothwell and Philipe Lins.

After parting ways with the UFC in 2018, Sherman picked up first-round finishes in his next three fights which earned him another opportunity to compete in the octagon. “The Vanilla Gorilla” made the most of it with a second-round stoppage of Ike Villanueva at UFC Jacksonville this past May.

UFC Vegas 24 is headlined by a middleweight matchup between Robert Whittaker and Kelvin Gastelum.