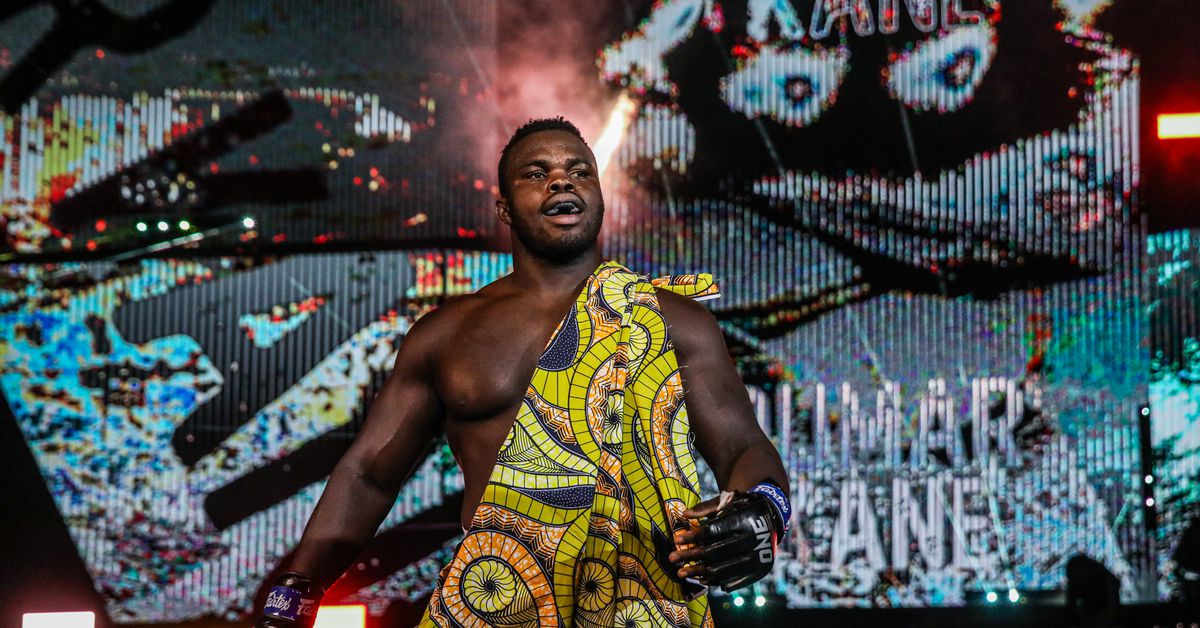 The ONE heavyweight prospect known as “Reug Reug” picked up his second win in highlight-reel fashion.

With a blitz and flurry of fists, Oumar Kane stopped short-notice foe Patrick Schmid at the 1:48 mark of the first round in the preliminary-card opener at ONE on TNT.

Check out the videos of the sequence that led to the finish above.

A 265-pound heavyweight, Kane had Schmid on the back foot after a short feeling out period. When he exploded, Schmid covered up and yet still took the brunt of several heavy hooks. A takedown came easy for Kane, who got to his foe’s back and finished the fight.

Below is the sequence that led to the end.

Kane is now 3-0 as a professional after a pair of first-round TKO wins including his ONE debut in January.