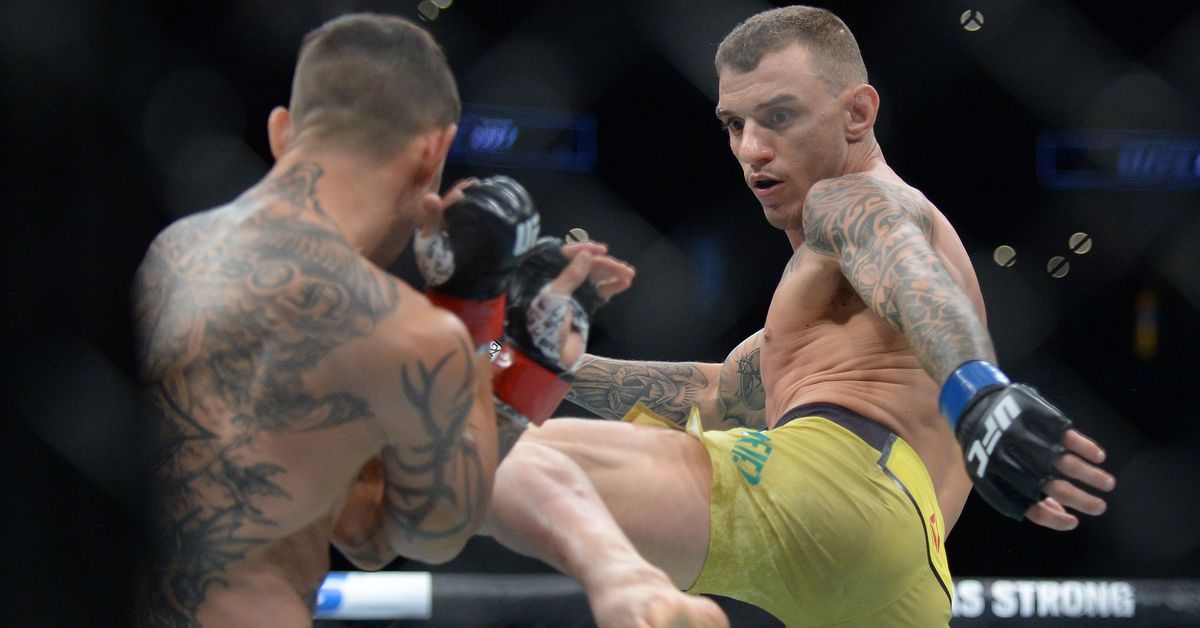 Moicano will have the home field advantage when he makes his lightweight debut on the UFC’s upcoming card in Brasilia, Brazil, on March 14. A black belt in jiu-jitsu with six submission victories to his credit in MMA, he knows Hadzovic was never tapped in 18 professional fights.

That said, the American Top Team talent believes his grappling skills could be too much for the Bosnian lightweight.

“He’s more of a brawler,” Moicano told MMA Fighting. “His technique is not very polished. He’s a good, tough guy. Based on what I’ve seen, he’s not very technical in a martial arts aspect. He does well on the feet and defends well when he goes to the ground to avoid getting submitted. I think he relies more on his physical attributes than on techniques, but still is a dangerous opponent. I have to pay attention.”

UFC Brasilia marks Moicano’s first time competing at 155 pounds, so his opponent’s “physical attributes” may be a factor in a three-round contest. Moicano understands that but banks on a lesson learned from jiu-jitsu founder Helio Gracie.

“Technique will always overcome strength,” said Moicano. “It’s like Helio used to say, there’s no such thing as a strong neck to resist a rear-naked choke. You can’t train your neck.

“We have to focus on our technique, but be aware of his physical attributes. He’s strong, he’s tough, but the technique will make the difference. He’s no fool on the ground, he’s fought some tough opponents like Marcin Held and won by knockout after going to the ground, but that’s not his main weapon. He knows the basics to be able to get back up, but my ground game definitely is a good strategy to beat him.”

The Brasilia-native fighter will use the March fight as a measuring stick for his future at lightweight. The event marks just his second appearance in his hometown, a controversial majority draw at Shooto Brasil 36 where Moicano was originally announced as the winner, but the promotion later said that the scorecards were misread and overturned the official result.

Moicano felt “robbed” in Brasilia, but he returns as a different athlete. More experienced, the 30-year-old is “very excited” to fight under the bright lights of the UFC.

Unlike every other teammate in his pre-UFC days, Moicano chose not to attend when the first UFC event came to the Nilson Nelson gymnasium in Brasilia. At the time, he held the Jungle Fight featherweight title. But he was superstitious.

“I“I decided to only attend a UFC event unless I was invited for it,” he said. “I’d never buy a ticket to go to the UFC. It’s like they say in jiu-jitsu: If you use someone else’s black belt, you’ll never become a black belt. I thought that I’d never become a UFC fighter if I bought a ticket to go to the UFC. I don’t know why, but that was my superstition.”

“I didn’t even watch it. I remember all my friends went there, (and) everyone’s so excited about it, but I stayed home, training. I hit the bag, I ran, and all the time thinking about the day I would fight in the UFC. I would go there to fight, not to watch. In the end, we’ll finally do that now.”