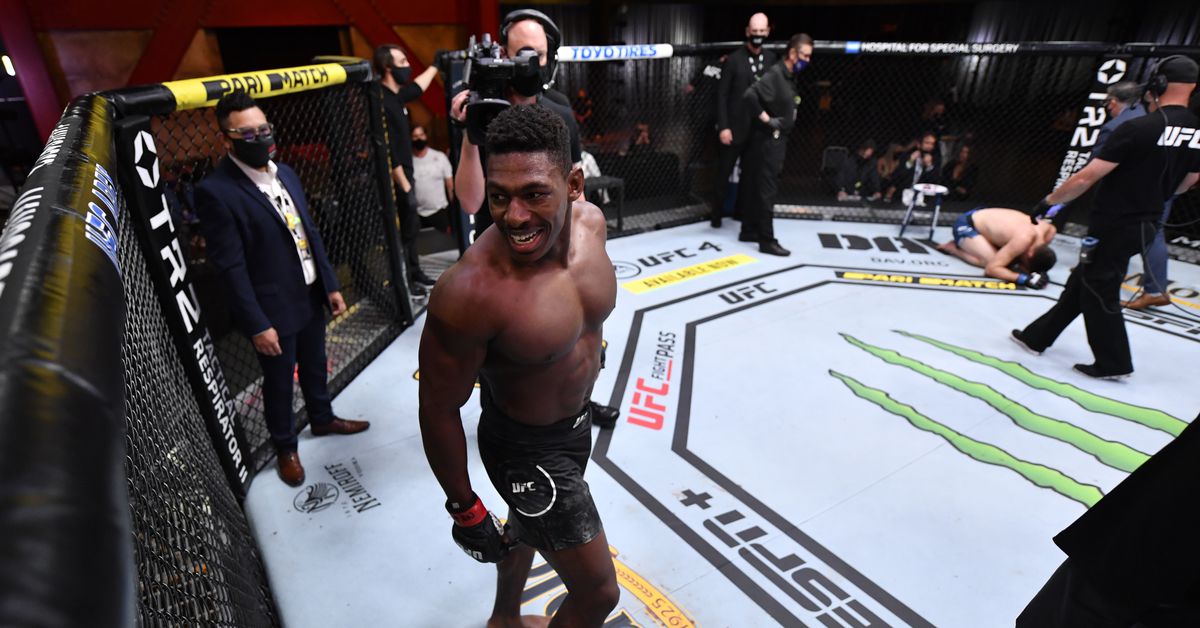 Joaquin Buckley is making a habit of this.

In his first fight since his ridiculous spinning kick knockout that made the middleweight an overnight sensation six weeks ago, “New Mansa” again earned a $50,000 Performance of the Night bonus with a KO of Jordan Wright at UFC 255 on Saturday in Las Vegas.

Once again, the magic for Buckley came in round two as he walked Wright down and smashed him with a pair of hard punches that stopped the fight 18 seconds into that period.

Buckley has now won four of his last five fights, with all of those wins coming by way of KO/TKO.

The evening’s other Performance of the Night bonus went to Antonina Shevchenko. The flyweight dominated Ariane Lipski on the ground en route to a ground-and-pound TKO finish late in round two. This is the second Fight Night bonus for Shevchenko, who won Fight of the Night at a UFC on ESPN event in August 2019 with a win over Lucie Pudilova.

The UFC 255 Fight of the Night award went to debuting UFC welterweights Sasha Palatnikov and Louis Cosce. The two cut a frantic pace in the opening round and battled into round three where Palatnikov finished a tiring Cosce with strikes at the 2:27 mark.