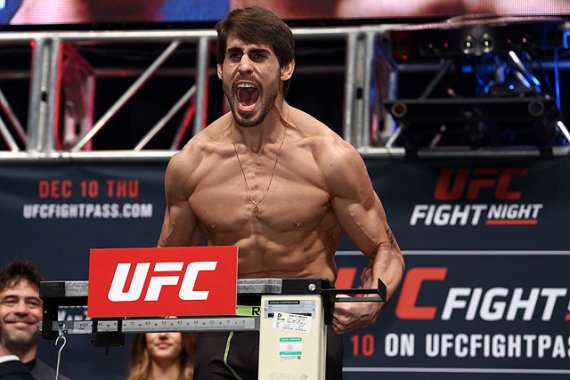 A middleweight tilt pitting Antonio Carlos Jr. against Brad Tavares is in the works for UFC Fight Night in Brasilia, Brazil, on March 14.

Brazilian outlet Combate was first to report the matchup, although contracts have not been signed as of yet. UFC Brasilia takes place at Nilson Nelson Gymnasium and will also include a strawweight clash between Paige VanZant and Amanda Ribas. The card will likely air on ESPN+.

Carlos Jr. won five straight UFC appearances from September 2016 to April 2018, but the 29-year-old Brazilian is coming off back-to-back decision defeats to Ian Heinisch and Uriah Hall in his last two bouts. “Cara de Sapato” is 10-4 with one no contest as a professional and has finished eight of his triumphs by way of submission.

Tavares is also looking to halt a two-bout skid after falling to Israel Adesanya and Edmen Shahbazyan in his last two Octagon appearances. Prior to that, the 31-year-old Hawaiian had won four straight within the Las Vegas-based promotion. The Hawaiian is 12-6 in the promotion and 17-6 as a pro overall.